Human beings are social creatures. We are hard-wired to live in groups and also hard-wired to fear being shunned from these same groups. This hard-wiring has driven human behavior from our humble beginnings to today’s modern society.

Throughout time, as we became more technologically advanced we set up newer and better social structures to make it easier to be social in our preferred groups. From early nomadic villages, small towns, to big cities, humans have always figured out different ways to facilitate being social in their environment.

Each passing decade and century also gave us new and better ways to get around as well as communicate. Shipbuilding made it easier to travel and find new lands. In the nineteenth century, railroad travel revolutionized the world, making the rise of cities and industrial life happen much faster.

And to think this rapid advancement occurred not that far in the past is pretty remarkable. Andrew Jackson, was the first US President to ride a train, in 1833. The first telephone was installed in the White House in 1878, and Rutherford B. Hayes was the first president to communicate by phone at work. 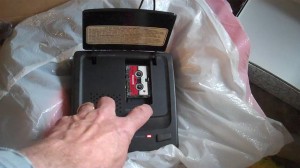 In my life, I’ve been around long enough to see a few key pieces of technology get adopted and integrated into every day life. I’ve also noticed that fear is always a big part of technology adoption. In hindsight, these fears are amusing. People once believed traveling at “high” speeds in automobiles would cause the human body to disintegrate. But at the time these fears seemed very plausible.

I grew up during the time when home use of the telephone answering machine became popular, and I distinctly remember how freaked out adults were by the idea that something was answering the phone when they weren’t around. The big fear at the time was that burglars were going to cold call random numbers looking for homes to break into if the machine picked up the call. This was such a real fear I remember being instructed by my family to never say, “we’re not home right now” on an outgoing message. Instead, the code was “we can’t come to the phone right now.”

The internet has provided a gigantic schoolyard for human anxiety to come out and play. As we know, the internet has revolutionized communication and disrupted many a business model in just the past 20 years. In the last decade in particular, what we call “social media” (a crappy adjective if ever there was one) was born, raised and now sits at the head of the great internet dining room table.

As social media came roaring into our lives, so did the rules, classes, and the ubiquitous tips and tricks surrounding how to use it. An entire cottage industry sprung up overnight with the sole purpose of teaching people how to “use” social media. I get that new tools all have a learning curve. But what struck me was that people weren’t just asking how to learn how to use the tools, they were asking for lessons on how to exist inside this new social space.

A phrase I’ve frequently used in my career as a therapist is, “I cannot teach you how to be human”. Neither can the internet, or any of the internet hucksters who claim they can.

How you show up in life is how you are going to show up in any kind of social space, whether it be on your town’s village green or a Facebook timeline. And other people on are going to know when you are faking it. It’s easy to see when someone is putting on an act in real life, it’s just as easy to figure that out on the internet.

In life, if you are not happy with your social skills, you can change them, same goes for the internet. If you find your default setting on a forum is to be a troll, and you don’t like being a troll, you can change your behavior and stop being a troll (kudos to any and all reformed trolls). This is a personal choice and there is no one “right” way to go about doing it, despite what the hucksters may say. 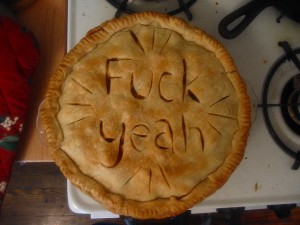 The same goes for how to “do” the internet. Being human is not a strategy, so quit thinking in terms of strategy when you think about how to present yourself online. Just be yourself, show the parts of you that you don’t like to hide. If you swear a lot in real life, then by all means, swear online. Constantly censoring yourself will drain you of your energy.

Hiding important aspects of who you are for the sake of projecting a “personal brand” that does not include these aspects, in addition to being an energy drain, makes you look like a phony. So stop doing it.

Internet hucksters also like to focus on numbers, as in number of friends, fans or followers. To that, I say: who cares? Joe Bob has 5,000 Facebook friends? Great. Having 5,000 friends might work great with Joe Bob’s personality and how he likes to interact. Personally, I’d find having 5,000 friends overwhelming. So I don’t. It’s that simple.

Just do what works well for you. That’s it. When you were growing up, you figured out how to be simply by living and being social with other humans. You probably didn’t have to take classes or read how-to books, you learned by living.

The same goes for doing business on the internet. Businesses want to know the secret sauce to getting customers by “using social media”. The proliferation of social media clubs and classes in every city attests to this.

There is no secret sauce. Some tools are going to work for you, other tools won’t work so well, it all depends on who you are and how you like to show up in the world.

Once you filter out the noise, it really becomes very simple:

← Positive Thinking: It Sucks
Storycraft Series Part I: The Curse of Expediency →

One Response to 5 Easy Steps to Being More Social Online (No, Really!)