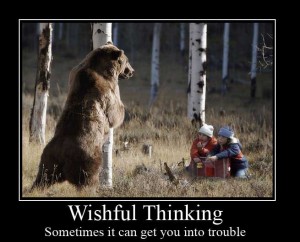 Creativity can be a real bitch sometimes. There you sit, ready to get to work, and your muse is off on a smoke break or, worse, getting a refill at the dispensary. You really need to get this piece finished; tomorrow is the deadline for the project, and it has to be done if you want to get paid.

And you really, really want to get paid. Top Ramen is great and all, but your doctor says that your sodium level is off the charts. At least, your doctor would say that, if you could afford to go to the doctor.

So you sit. And you stare. And you fidget. And you stare some more. You check your brushes for lint, or sharpen your pencil, or use the canned air to clean out your keyboard…and you wait for it to show up. The inspiration, the flash of brilliance, the spark of creativity. You just know it will be there; at least, you hope it will, because without it you’re dead in the water.

Here’s the deal, though: hoping and waiting for creativity to make an appearance is a fools’ errand. Sometimes, you have to get off your ass and conjure that minx up. Fortunately, Rita Mae Brown (quoted above) was kind enough to share the magic spell for conjuring creativity, and it can be summed up in two words: just start.

Have you ever been hit with a random burst of creativity and noticed that the more you gave it outlet and expression, the more of it seemed to show up? Like so many things in the world (money, love, health), creativity is attracted to its kind. When you have a little and put it to good use, more shows up. And not in some airy-fairy “law of attraction” kind of mystical way; it’s a real-world effect, based on science and human psychology, not magic.

It works like this: if you have access to money, it’s easier to make more money than if you’re starting from zero. If you have love and give love, people tend to find you more attractive and you get more love back. If you’re relatively healthy, you can parlay that measure of health into even greater health because you start from a place of feeling good. And if you’re already doing something creative, the areas of your brain that control creativity are already lit up, making the creative process that much easier because the pump is already primed.

So how can you make this principle work for you? Easy. Stop hoping and start working, even if that means shifting gears and working on something other than the project at hand. I sometimes keep a jigsaw puzzle next to my desk for those occasions when my muse is out trolling karaoke bars for a dude that catches her fancy; when I get stuck, instead of sitting and staring at a blank screen I take a puzzle break. It usually clears the logjam in five minutes, fifteen tops, because I’ve fired up the creative, problem-solving areas of my brain. It’s kind of like doing that thing with a crappy car that won’t start where you get it rolling and pop the clutch; the forward momentum going in to the clutch pop forces the engine to start.

Most often, the thing that’s got us stalled out is some kind of fear or doubt. That’s why Ms. Brown says that creativity comes from trusting our instincts; when we start to second guess ourselves and our work, we get caught up in the noise, stop working, and start hoping. To get over the hump, get your ass back to work. Do anything, but do something.

As soon as you get back in motion, the muse will show up, hair askew, reeking of cigarettes and booze, and ready to help you create something beautiful.

One Response to Never Hope More Than You Work